The exhibition includes 30 works by several digital artists, including Libertas, which was featured on the NFT OpenSea digital commerce marketplace this year. The artist offers 10 works in three series from Spectrum, SpaceWar and Eternity.

Libertas is a digital artist from the meta-universe. She is always exploring what humans can do artistically. This includes things like creative inspiration, creative methods, and communication media. Libertas wants to find new possibilities for human art forms and break down all boundaries that might limit creativity. His methods involve the use of code or machine vision to expand human perception beyond its current limits. She believes that artistic expression should not only exist in well-known forms but rather be accessible to everyone.

In 2022 Libertas launched LibertasART, an online art platform, and became the first artist in the field to use the scattering algorithm to create the Spectrum series of works, showing spectral art from the perspective of the machine. In doing so, she acts as a pioneer for those who wish to explore and express their creativity through new digital mediums. Additionally, that year she introduced a new digital art algorithm that resulted in the creation of two exciting new series, SpaceWar and Eternity.

The exhibition also presents the works of other artists in this field, which have different styles and represent different art forms after artificial intelligence is combined with human intelligence. 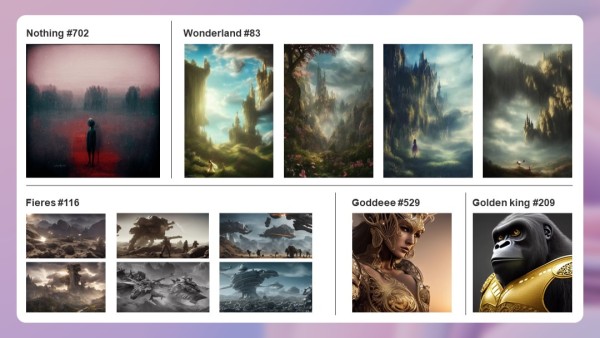 Even though artificial intelligence is sometimes limited by its inability to create something new from scratch, it can still extract key points and generate possibilities that were previously inconceivable. This was noted by none other than Boris Dayma, the founder of Craiyon Enterprises and a leading expert in AI-generated art. As he said, “What impresses me is not only that AI can understand existing images, but it can also create entirely new things.”

Controversy surrounding the art of artificial intelligence grew after one of AI’s paintings topped the “Digital Art/Digital Photography Award” chart at a fair in Colorado. Some argue that what AI creates cannot be classified as art because it lacks human creativity. Others argue that while AI generates work, humans are still needed to filter, extract, and adjust parts for improvement.

Despite the many controversies surrounding the art of artificial intelligence, there is no doubt that it will be an important area of ​​development for AI in the future. This First-Ever Personal AI Art Exhibit Shows How Artificial Intelligence “Creation” Is Gradually Gaining Public Acceptance, And More People Are Starting To Use AI To Express Their Own Colorful Inner Worlds . 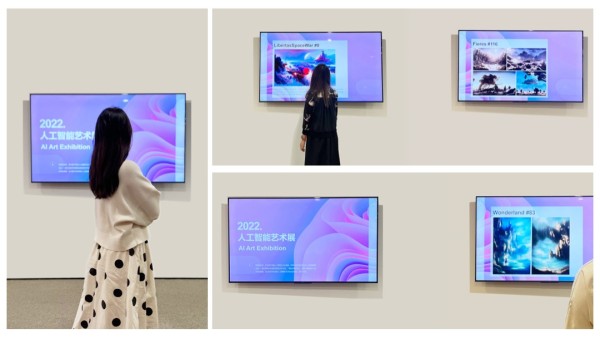 The exhibition featured several works that were priced at thousands of RMB, marking the beginning of collectors’ recognition of AI art. At the closing ceremony, curator Ms. Minmin Zeng’s summary and outlook on the future field of combining artificial intelligence and art left everyone looking forward to what is yet to come. .