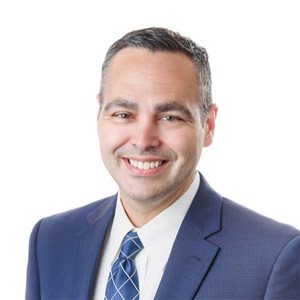 Sepsis, the body’s overwhelming and life-threatening response to infection, is more deadly than breast cancer, prostate cancer and AIDS combined, with more 1.7 million adults in the United States develop it each year and 350,000 people die from it Therefore. It is the leading cause of death in US hospitals and the leading cause of hospital readmissions.

Early and aggressive treatment of sepsis increases the chances of survival. However, the challenge so far has been that sepsis is difficult to recognize in its early stages because the symptoms, which include fever, chills, rapid heartbeat, clammy or clammy skin, extreme pain or discomfort , difficulty breathing, and confusion or disorientation, are similar to other conditions. A patient can go from near-normal to near-death within minutes.

Led by our parent company HCA Healthcare, one of the nation’s leading healthcare providers with 182 hospitals, Medical City Healthcare hospitals in North Texas are deploying artificial intelligence and machine learning to identify sepsis cases around six hours earlier than the best clinicians.

The algorithm, called Prediction of sepsis and optimization of therapy (SPOT), is integrated with patients’ electronic medical records and monitors vital signs, lab tests, nursing reports and other data. When SPOT detects even a subtle change in a patient’s condition, the program alerts trained technicians, who then instantly notify the patient’s care team. SPOT monitors every patient in our hospitals 24 hours a day, 7 days a week, 365 days a year.

Successful treatment of sepsis is the timely recognition and prompt use of antibiotics and IV fluids. Early detection and treatment reduced sepsis mortality by almost 30% in 160 hospitals.

SPOT recently helped an operated patient at Medical City Plano avoid intensive care. After a positive SPOT alert, a follow-up screening on the patient confirmed sepsis. The medical team started treatment immediately and the patient was discharged after recovery.

Sepsis, which can lead to tissue damage, organ failure, and death, is often linked to bacterial infections, including infections of the lungs, urinary tract, skin, or digestive tract. As flu season approaches, be aware that this is also a deadly complication of the flu virus.

Viral infections, including influenza and COVID-19, can also lead to sepsis. In fact, the The inflammatory cytokine storm that occurs in severe cases of COVID-19 is sepsis. Viral sepsis can be particularly difficult to treat.

Most infections that lead to sepsis begin outside of hospitals – 87% of cases, according to the Centers for Disease Control and Prevention. In fact, it can occur in response to any type of infection – an injury, disease, or even poor dental care.

Previously, our nurses manually monitored our patients for sepsis. Patients can become sepsis at any time, but since monitoring every patient 24/7 is unrealistic, nurses check for sepsis at shift changes. They used a checklist to look for certain criteria, such as lactate value and blood pressure.

But often different clinicians were doing the checks and noticing different problems at different times, so it was difficult to see the full picture of symptom changes indicating the patient was becoming septic. With SPOT, the machine algorithm constantly monitors, saving time and lives. It also embeds intelligence into workflows. SPOT doesn’t create new workflows or disrupt existing ones – it just improves the current workflow.

When the algorithm identifies a patient’s risk of sepsis, the same following steps occur. It turns out that the algorithm is better and faster at detecting these risks than a human, leading to better patient outcomes.